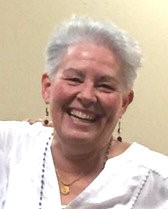 “Things begin to change from the moment I have the intention, ‘I think I will go to Shaktipat,’” reports Devananda (David) King.  “Swami Nirmalananda begins her work in me. Next, I sign up and make travel plans, and things really start to heat up. I feel more aware of the presence of Grace in my life. With my recent Shaktipat Retreat, I began to feel a slow inner heat as the date approached. 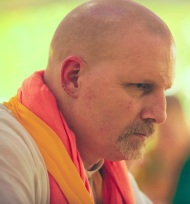 “At the opening session Friday night, I felt great anticipation as our weekend schedule was laid out. By mid-morning Saturday, we were in full swing with arati, chanting, the first Shaktipat and the anticipation of an Ashram lunch. I felt myself lighten, my eyes widened, everything looked clearer and brighter, and we were just getting started.”

Natesh (Nick) Vassiliadis traveled with Devananda to attend the February Shaktipat Retreat.  “Walking into the retreat I was nervous, unsure, afraid, and full of questions. This was my first time ever doing any meditation practice. Mostly everyone else there were veterans. I felt like I was walking into the Amazon rain forest without any gear.

“Pushing my anxiety aside, I made friends and talked with a lot of the other yogis. Everyone was very nice, so I began to feel that nothing could go wrong. I expected that if I had an issue I would be smothered in help and support. Seeing Swami Nirmalananda was amazing. Her demeanor was captivating, her voice laced with wisdom and profundity. I wanted to ask her about my personal problems, but had little chance to do so.”

Devananda continues, “The weekend was artfully crafted to give yogis of all experience levels entry into Divine introspection and Self-awareness.  We had live performances on harmonium and drum, and chanted Sri Guru Gita each morning. Swamiji gave us the teachings of our lineage as only she can deliver, with lots of love, laughter and peacock feathers.

“How the science of awakening manifested in each of us was most important. The flow of events masterfully primed everyone and maximized their capacity to receive. I could see that the new people were visibly changed. The regulars deepened and became more established and composed. I personally felt a new avenue of relationship open up with Swamiji and the world around me. Anything can happen at the feet of the Guru. That is why I am forever grateful for what she has given me and all she has to offer our community.”

“The Shaktipats were crazy!” exclaims Natesh. “The first one was simple. Although I didn’t feel much, my meditation was very peaceful. The second one was way better. I had a profound realization while meditating. That night I felt lifted up to a higher awareness, closer to Consciousness than ever before. The last Shaktipat was the craziest of them all. The energy was intense. During that meditation I felt expanded, and I felt Oneness. Toward the end, I realized all the questions I had on the first night had been answered — by my Self. I felt complete, at the end of a maze. There was no looking back. It was truly one of the best weekends of my life.”